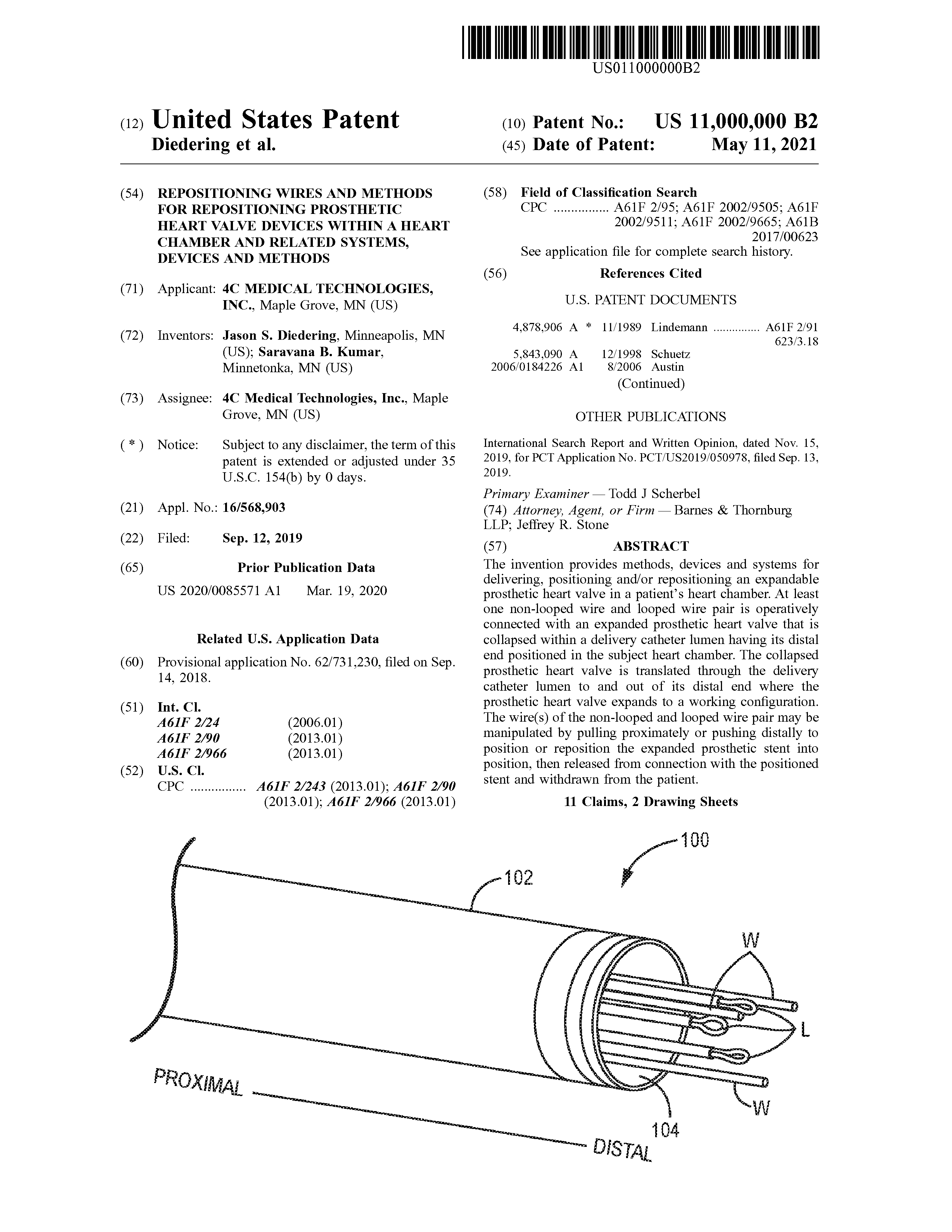 “This momentous benchmark is a reminder of the remarkable and enduring tradition of American innovation that has driven our nation forward for generations,” said U.S. Secretary of Commerce Gina Raimondo. “Building our economy back stronger requires new ideas and innovative solutions from every sector. I am proud to recognize patent 11 million, its inventors, and its promise.”

“Since the founding of our nation, American inventors have driven our culture and commerce with incredible ideas that have improved every function of our lives,” said Drew Hirshfeld, performing the functions and duties of the Under Secretary of Commerce for Intellectual Property and Director of the USPTO. “We owe a debt of gratitude to inventors who continue to show up day after day with solutions to the world’s most pressing problems. We congratulate the inventors behind patent 11 million and all of the innovators who helped the country reach this milestone.”

Patent number 11 million, granted to co-inventors Saravana B. Kumar and Jason S. Diedering of 4C Medical Technologies, Inc. in Maple Grove, Minnesota, is for a utility patent that provides a new method for delivering, positioning, and/or repositioning a collapsible and expandable stent frame within a patient’s heart chamber.

“We are incredibly excited and honored to be granted U.S. patent number 11 million for our invention,” said inventor Saravana Kumar. ”The 4C Medical beginning is a true story of American entrepreneurship, where Jason and I worked in a garage many nights and weekends to turn this idea into reality. We could not have gotten here without the support of so many, including my wife Katherine and 4C Medical’s founder, physician Dr. Jeff Chambers. Currently, our team is actively working to demonstrate the benefits of our technology to treat patients with severe mitral regurgitation as part of a U.S. clinical trial.”

“4C Medical’s approach to inventing is simple—we identified a need, created a solution, and demonstrated its benefits. We are a team of highly driven and creative engineers who are committed to bringing lifesaving technologies to people who need it most,” explained inventor Jason Diedering.

Background on the U.S. patent system

Patents predating the Patent Act of 1836 were unnumbered, identifiable only by the name of the patentee and the date of issue. These patents became known as “X-patents” after Patent No. 1 was granted to Senator John Ruggles on July 11, 1836 for a traction wheel for steam locomotives—the first patent issued under the new law, which officially assigned patent numbers. A few months after the Patent Act of 1836 was enacted, a catastrophic fire at the Patent Office destroyed almost all of the records and models related to the X-patents. Efforts to reconstruct the records lost in the fire continue to this day.

Patent 11 million comes three years after the USPTO issued patent number 10 million in 2018. As part of that celebration, the USPTO redesigned the official U.S. patent cover—the seal-and-ribbon document awarded with each patent grant—paying homage to the classic elegance of its predecessors. A list of the patent milestones can be found here.